Growing Into Leadership : My Story 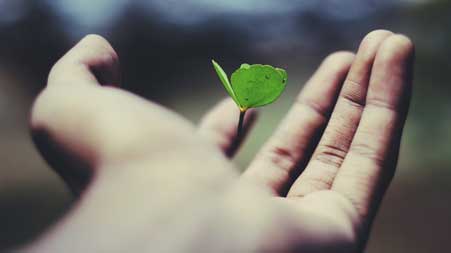 Growing Into Leadership : My Story

Some of us have this nagging ache of ambition inside of us.  A lot of us are unable to satisfy it and end up with this lifelong struggle of uncertainty and dissatisfaction.  I was able to find my passion for leadership and discovered that through it I can channel my ambition, and my dissatisfaction in life has been reduced.

I had no idea that leadership would be my calling.  I have always indulged in self-help books that presented ways for me to improve upon my skills, but never connected that to anything.  Let’s be honest though, that is a pretty vague connection isn’t it?  As a teenager I would always tell my grandmother that nights were harder than days.  I still didn’t understand why, however, I have come to figure out that it was during the nights that I pondered so much about what I would do with my life.  This was during a time that I had no clue what it is that I wanted to do and only dreamed of whatever it was my mind wondered to when I closed my eyes.

Through life you encounter certain circumstances that gives you a taste of leadership and can temporarily satisfy the craving.  I remember when I was able to forge relationships with others during my time playing softball with some of my best friends.  In these relationships I was able to coach them about the rules of the game and how to play.  I really felt my best at these points.  I was so unaware as to what it was that I enjoyed about the moments, and if I had to figure it out from there, I would have never figured it out.  I didn’t play much softball despite the satisfaction that I received from this.  Perhaps it was because of my team’s horrible record that season, or that my time and living circumstances did not allow me much recreation, however, I did archive those feelings and they have recently re-surfaced while I have been pondering leadership.

While I was a laborer for a logistics operation, my responsibilities were like many shipping operations.  I had to memorize product codes, learn a warehouse management system, warehouse product, and pull product from the warehouse onto the shipping dock and stage the product in proper locations so that it could be loaded on the correct trailer in order to arrive at the customer’s business.  I spent many hours stacking boxes on pallets as they would almost endlessly roll down a conveyor.  These boxes weighed between fifteen and a hundred pounds, so many nights I would stumble in my door and fall over from all the manual labor required of me.  This led to my family wondering why I was so tired and wondered why I did not seek other employment when I explained this to them.
On those conveyor lines I had many personal revelations about what life was.  I would frequently ponder about life and the meaning of it.  I would find myself in a deep internal discussion about economics and the importance of every member of a team.  I would envision the bigger picture and what part I was in the process of distributing this product all over the world.  It seemed that my job was so little and insignificant.  This is where I had the revelation about teams.  Individually I would struggle to place the box on the pallet, however, as a part of a team, our achievements were many.  We were supplying the world with our product in very large amounts.  This revelation was flooring.  I could not believe that I was a part of such a project that could do so much.  I had to delve deeper into how this worked.

A Part of The Team

As I became more interested in what this job that I was performing was, I was forced to look at everyone else that was doing it with me.  There were teams of people on the floor driving lifts transporting product from place to place, as well as teams of people stacking other boxes, as well as teams of people handling those boxes as we stacked them.  We had a team of people in an office taking care of administrative duties as well as duties that I had no clue about.  Everything seemed like a well-defined ant hill.  People were moving all about doing things that I had no clue about; however, I did know that it was a part of a larger process that involved distributing our brand all around the world.

I became fascinated with teams right here.  How were we able to work so well together?  How were we able to have no idea what was going on overall, but still manage to accomplish the task set before us.  At this specific time, I had no idea what the task set before us was.  All I knew in this moment is that I had one job or set of tasks, and my completion of them contributed to the over all efforts of my team.

Many employment ventures start out like this.  We are assigned a job and a wage and expected to perform this job, and as we perform this duty, we learn so much more about the organization that we are a part of.  This held true for me, as I sought to immerse myself in the information all around me.  Seeing so many people working together to achieve a common goal every night was awe inspiring.  I wanted to know more.  I frequently would ask questions that I knew had answers that I may not understand just to be able to learn another part of the process.  Usually, my co-workers were more than interested in taking a short break to stop working and explain to me what they were doing.  They probably saw this as an unauthorized break with good reason, little did they know, they were doing a critically important function of their job.

Wherever we may end up, or whatever duty that we may performing, chances are that we are performing as a part of a team.  While we are a member of a team we are working as a single unit inside a group of units that seek to accomplish a task that is too great for any one person to do.  It is important that we understand the larger goals and it is good to be curious about the specifics.  Organizations should reward this curiosity by feeding it and allowing the person to grow.  In my case, curiosity grew into leadership and a developed employee for the company.  In all cases, the information will allow a person to grow and self-develop further than they could have under other circumstances.