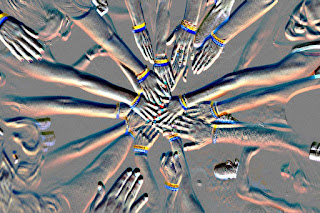 Finding yourself on a new team as a leader can be an incredibly stressful situation.  This is some of the most challenging times you may face as a leader, and will certainly test your ability to adapt.  If this is your first time moving from one team to another, you may even ask yourself once you get to where you are going if this front-man stuff is the gig you are ready to settle down with.  If you are managing a crew and find that you are being up-rooted and placed with another crew, there are several things that you may experience as I did.  I will outline some of the situations that I wished I had some insight on when I experienced them, as well as things that I have seen now that I have had plenty of time to observe other leaders on the same journey.

One of the most frequent things that I encounter when observing a leader paired with a new crew is that the leader will quickly identify one or two aces.  These are the team members that have mild personalities who accept new leadership readily and perform exceptionally well, not to be mistaken with the team members who have mild personalities and do not perform exceptionally well.  The problem isn't with the identification and early use of the ace, but with repetitive reliance on a few people to handle the bulk of the tasks while neglecting developing relationships with other team members.  If you do not treat your team equally in regards to investing time in building delegation-accepting relationships, even with the difficult and strong personalities, your aces will soon be under-performing.  Long before actual notice has been taken that you have avoided working on relationships with the tougher personalities, the feeling that you are avoiding this will have already swept across the team, and you will lose credibility as a potential successful leader of a group of people.

Public speaking is something that should never be taken for granted.  Had I known how important it was to speak to my team, as a whole, I would have invested much more time in honing this skill.  Especially in the case where you are new on the scene, this is your opportunity to be known and any ground lost here will require an exponential amount of work to make up.  "One pound of prevention is worth x amount pounds of cure", where x is a number greater than one, of course. There is something powerful to be said about speaking to a group of individuals as their leader, and when you are generally accepted, you are able to feel it.  I remember being a part of a team and going to various huddle meetings before and after work.  This was a normal part of my day and I would really feel invigorated after being a part of the unveiling of the plan, or the closing of the day.  There were so many efforts made to avoid some of these meetings by other team members and members of leadership alike.  I feel that one of the biggest pieces of advice that I can give that I have learned through trial and error is to always try to make an appearance and speak to the team every time that you have the opportunity.  With every huddle meeting where you roll out the plan to every closing meeting where you deliver the metrics accomplished for the day, you will grow closer with every member of your team.

Either be competent, or have a great interest in being competent.  There is nothing worse than the leader standing in front of a group of individuals with no idea of what is going on and no interest in knowing what is going on bellowing, "Do it, move faster, hurry up, do this!".  If you are this person, now is the time to really focus in and take my advice.  Do not assume that a position of leadership grants you the privilege to be this person.  If you are him, chances are, you life in leadership will be short lived, because you will soon run out of followers unless you are in some sort of oddly sadistic authoritarian industry where this is the norm.  Instead, allow yourself to be seen as competent, and willing to teach.  Someone who can do something efficiently and is able to teach it to someone else will find that their acceptance as a leader, or their transition into a leadership position is very simple.  Frequently we will find ourselves in very new places where we are not competent from the start and rather, we need to learn things ourselves.  The solution to this is simple.  Adopt an attitude of interest in becoming competent.  Identify the people who can teach you and humbly ask for help and thank them for it.