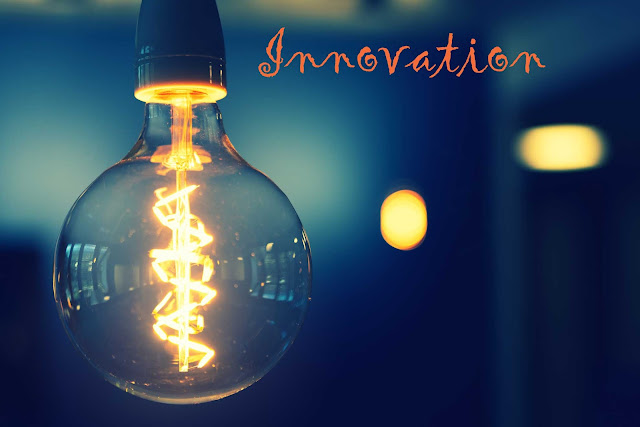 Innovation is finding better ways to deliver goods and services or finding ways to deliver better goods and services.  As a manager and leader, innovation is very important.  Innovation is one of the keys of continuing growth.  Without innovation, an organization would remain stagnant and eventually be outperformed by a competitor.  We can allow our leadership in this area to boost the performance of our organization and strengthen our relationships with our co-workers, leaders, and associates.

Innovation directly impacted by our ability to influence.  In a lot of ways, innovation itself is influence, because without influence you cannot implement innovations, and with influence this implementation becomes possible.  It is safe to say that innovative strategies, processes, products, and services are only come manifest by a leader with adequate influence.

Let’s be honest, few people like change.  In the workplace we all know that one (or frequently the many) people that will actively fight change without giving it a chance unless forced.  We must be able to draw upon our influence in order to persuade our team to be open-minded to innovation.  We must be able to relate and recruit our team to be innovators with us.  In order to do this we have to influence those who do not want change.

I believe that one of my key personality traits that relates to my ability to adapt to different environments enables me to be a driver of change.  I really feel that I do not mind change because I enjoy learning new things, however, this isn’t very common.  Many people in the workforce work hard to learn how to optimally perform their job and therefore do not want it to change because it usually means more work for them in learning new processes.  Our goal here as leaders is to be able to drive the change by convincing them that it is not bad and helping them through the learning process and becoming just as competent with the new as they were with the old.

Bosses recognize an innovator.  This is a quality that leaders are searching for in other leaders.  Being an innovator can take you places you would not have otherwise gone and allowed you to reach goals that you did not previously recognize as reachable.  If you cannot find motivation within yourself to develop new processes and products, begin by looking at where you find problems.  Finding problems and seeking to solve them not systematically, but creatively, is an initial outlet you can you for innovation.

This is a difficult task.  In order to become an innovator, you must tap into your creative self and begin thinking outside of the box.  This is a much different approach to systematically solving problems as we are often trained to do in an organization.  We as leaders must go against the grain here and take risks.  It is challenging to go from systematic to risk taking, because to take a risk means to break a cycle that is recommended to us either by ourselves, our superiors, or others.  This is made easier when we are currently in a position of leadership and have a good foundation of influence within our position.  We can start working on driving change and dreaming up new ways of doing things as we follow through with day to day operations.  Networks of communication are already in place to be able to test new ideas and influence others to try them as well.

I would challenge someone already in a leadership position to try to improve on a process or product first by being creative and voicing their idea to a partner or superior, to gauge reaction.  I would then challenge that same leader to try to continue doing this until they realize that they have been a factor in change.  I believe that the feeling of making real changes that make real differences is a level of accomplishment that may seem like a ceremonial welcoming of a leader.  It is difficult for someone who feels as if their voice is never heard to become an innovator, because we must first engage the ears and the minds of others in order for our dreams to become anything.

The Risk of Innovation

There is a fundamental risk to be an innovator, and that is the possibility of failure.  Sometimes changes are put in place that damage a process or product.  Sometimes innovation just turns out to be a net bad deal.  Innovation is synonymous with entrepreneurship in that both have adherent risks that must be faced in order to achieve reward.  There is great reward to improving on things that already exist, and because they already exist, there is less risk in this than creating something new from scratch.  We cannot let fear guide us here, and we have to develop a nag for the feeling of whether something is good or not.

It is important not to go into this thinking that every idea we have is golden and we must try to sail at all costs, rather, we have to develop a practical mindset where we assess our thoughts and creativity and put it to the test before we make the pitch.  We must feel the odds are positively in our favor for benefiting the group as a whole, and those favorable odds are not coming from the idea being ours, but that it is actually a good idea for change.  I believe once we are in sync with what innovation is and how we should be approaching then we can pursue positive change for our team’s goals.

I was able to capitalize on my ability to be an innovator and achieve great recognition for it.  This is because my organization made a huge decision to grow my department on site of our current plant.  This resulted in new foundations being built, new equipment being purchased, and new software and processes implemented.  Like most organizations, mine was full of leaders and employees who resisted change.  This is tolerable at most times and is expected, however, this was a specific time where the top managers were looking to drive change in order to make their new ideas work.  They were being innovators and were clearly looking for other innovators to carry their dreams and ideas into fruition.

This resulted in new challenges and tasks that had not been undertaken before.  This problem and opportunity seemed like it had fallen into my lap and I recognized this and intended on capitalizing on it.  With an open slate and new everything to figure out, I began learning as much of the new as I could and trying to convince others to learn as well.  I build on what was provided and even though I sometimes sounded silly because my own grasp of it was poor, I made an innovative effort that did not go unrecognized.  I made many enemies as well as friends during this time and became an influencer while being an outcast simultaneously.

After many months of refining processes, leading new projects, and developing procedures for operation that were not previously created I was able to see the dream slowly being dialed in.  I vocalized this process a lot to anyone at my level or any charges I had.  I used this to slingshot my position as a leader into a position of influencer.  I was able to grow in a way that was exponential had I sided with the faction of others who resisted this change.  I believe it was these events that landed me my next promotion and gave me a voice to an audience that would have previously ignored me and written me off as chatter.

I still get to speak with my mentor from time to time, and he always offers words of encouragement that are perfectly aligned with modern teachings of leadership and management.  I will never forget his projection of eleven month change and how that is an indicator for an organization’s success.  I would urge anyone in a position of leadership to approach the ability to drive change and innovate because it is one of the most rewarding experiences for a leader and manager.
on October 30, 2019