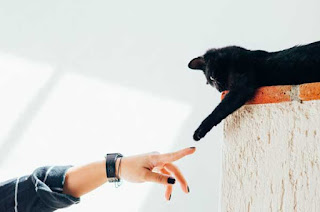 Here we will explore the art of delegation.  I will answer the fundamental question of why we as leaders should delegate.

Delegation is the act of giving control to another party.  A closed minded individual would explain this as, "telling people to do stuff."  It is important to understand what delegation is before we understand why we use it.  We as leaders in any situation have a common goal with others, after all, if we didn't we wouldn't have anything to lead.  In a family setting the goal may be to pay the bills, in a work setting it may be to produce a certain amount of units, while in a competitive sports game it may be to score a goal.  Delegation is the act of taking authority, control, or responsibility of a duty and then giving it to someone else.

When a team is trying to accomplish a goal, whatever it may be, the leader's responsibility is to recognize the end game as well as where the team currently stands.  From here the leader can map out a plan to achieve that goal.  The strategy may be clearly defined as standard operating procedure, or perhaps the strategy to successfully accomplish the task requires some on-the-fly maneuvering.  Regardless of how the steps to achieve the goal are acquired, they are normally more than a few.  This goal becomes a project, sometimes with dozens, hundreds, or thousands of incremental steps to success.  At this point one could adopt the "watch me work" mentality and start chipping away at these steps one at a time.  One with the mind of a leader would begin to identify the tasks in a chronological sort of order and begin to hand them out to members of his team.  Ten bodies are really more efficient than one when working together.  Harnessing the power of delegation in a team setting makes the impossible possible.

There are times when we as leaders should take the task into our own hands.  There are many factors where this will be the best choice.  Often when the goals we seek to accomplish aren't requiring a team of people, a show of leadership by taking care of the duty or exercising the authority ourselves is the best choice of action.  When we set out to achieve larger multi-step goals that require exercising the functionality of our team, the power of delegation becomes apparent.

Who Should I Delegate to?

The authority to delegate will usually come from someone delegating that authority to you.  This is a bit of a mind bender but follow me in this thought.  We aren't leaders by authority alone.  We are leaders because we have followers who allow us to lead them.  In many cases we find ourselves given authority to give authority, not so much like our boss has given us the authority to delegate responsibilities to others, but similar to our family has trusted us with the authority to lead them, or the team and coach have trusted us to be a good quarterback for the ball.  The team should be the focus here, and not the coach.  You as a leader have to recognize who accepts your authority to give them authority, who accepts your duty to pass down duties.  This is a relationship of trust and a very powerful relationship at that.

The answer to this is, whoever will accept the authority that you bestow upon them to carry out the task, duty, or authority to its completion thereby pulling your team closer to its goal.  The short answer can be summarized as whoever will get the job done.  There are many factors that go into this, and one cannot simply start by acquiring a lot of authority and then proceed to hand it all out.  The process of acquiring authority is one action, while the process of acquiring the authority to delegate is a completely separate venture.

What is a Delegatory Relationship?

When Does Delegation Fail?

Delegation can fail from multiple angles for multiple reasons.  My first belief here is that delegatory authority isn't recognized.  This may be the case in a family that is torn and faith is being lost in the leader of the family.  This may be the case at a job where the leader has lost the authority given to him by his team to delegate to them.  Maybe he is a new leader and has not gained the respect or built the delegatory relationships required to truly lead the team of people.  Perhaps the leader's actions have caused a downturn in the team's delegatory relationships so team members are no longer willing to accept the authority and duties that the leader is trying to pass on to them.  Perhaps trust is an issue, and the leader is no longer trusted among his team.  All of these and more will cause delegation to fail, which can be detrimental to the success of the team or organization because the goals of the team then become compromised.

Why Should we as Leaders Delegate?